Have You Seen These Underwater Bubbles? 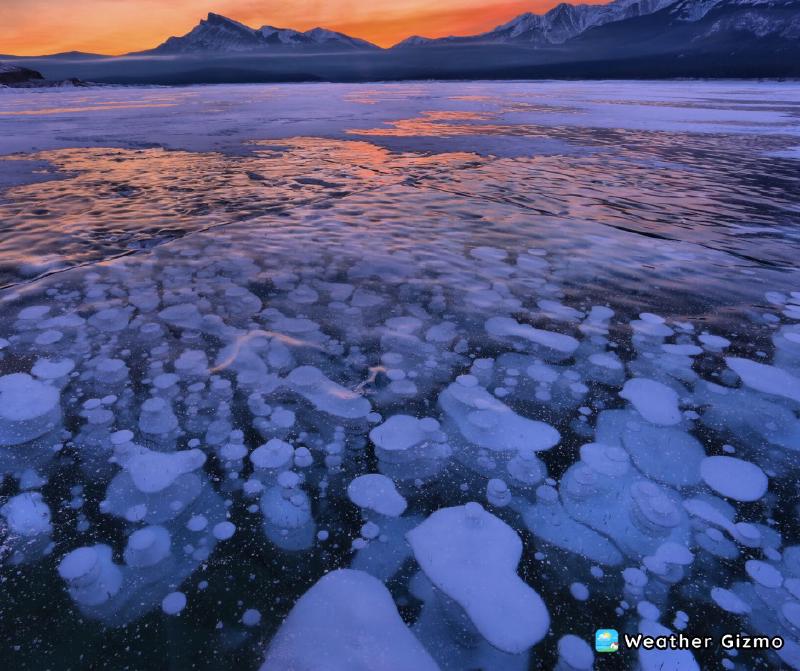 Icy underwater bubbles are one of the most curious natural phenomena.

In the Canadian province of Alberta, there is Lake Abraham, which is known among scientists and nature lovers because of an unusual phenomenon: a large number of ice bubbles that have frozen under water.

These fantastic circles are actually made up of methane bubbles. It appears when dry leaves, grass and animals, once in the water, get drown and become food for bacteria that produce methane. Gas appears in the form of bubbles, which, in contact with frozen water, turn into tens of thousands of white ice disks.

It is important to remember that methane is highly flammable, therefore in spring, when ice begins to melt and gas bubbles hiss and burst, matches and other sources of fire cannot be used near the lake.

In addition to Lake Abraham, ice bubbles can also be observed in the lakes of the Canadian Banff National Park or on the shores of the Arctic Ocean in Siberia.